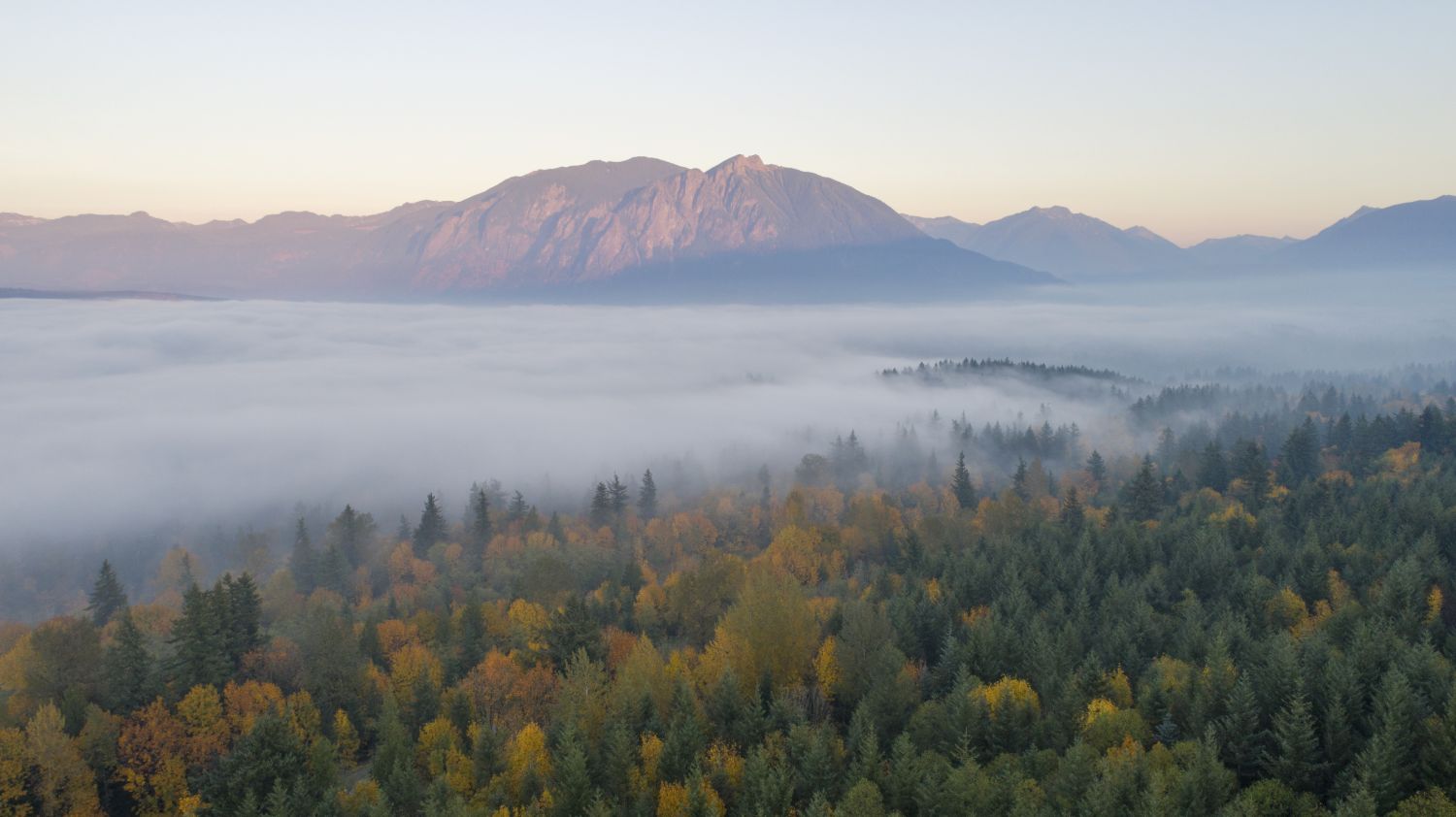 Drawing more than 100,000 visitors each year to its challenging ascents and pristine natural beauty, the Mount Si Trail near Seattle is an essential hiking destination in northwest Washington. Over roughly four miles, the 3,100-foot elevation gain is enough to test seasoned trekkers, yet accessible enough for novice hikers to conquer.

In fact, it’s a popular training ground for hikers preparing to summit Mount Rainier; completing the Mount Si Trail in less than two hours is said to signal a fitness level sufficient to take on the grueling trip up Rainier. The first official trail up the rugged mountain was built in 1931 by William Taylor, a pioneer and early conservationist who founded the town of North Bend, Washington. He went on to serve on the Snoqualmie Valley school board, operated a general store and built a number of homes in the area.

In his honor, the trail was dubbed the “Taylor Memorial Trail” until 1977, when the State of Washington established the Mount Si Conservation Area to shield the beloved mountain from nearby mining and lumber operations that threatened to destroy the peak’s tranquil setting.

The conservation area was expanded in 1987, and the old trail received a significant overhaul in 1993 and again in 2006, when volunteers from the nonprofit Washington Trails Association (WTA) completed a major restoration project on more than 8,000 feet of trail. Getting to the Trail

From Seattle, take I-90 east to exit 32, where you’ll go left onto 436th Avenue SE. Continue on this road until it terminates at SE North Bend Way and take a left. In a quarter-mile, take a right onto SE Mt. Si Road; the entrance to the trail will be on your left in about 2.5 miles.

As of 2019, hikers also have the option to take mass transit to the trailhead on weekends and specific holidays from April to mid-October. Trailhead Direct is King County’s transit van pilot project, which was launched in an effort to control vehicle congestion, reduce safety hazards and make hiking more accessible to regional residents.

Shuttles operate every 30 minutes from 7 a.m. to 6 p.m., carrying hikers from various transit centers to Mount Si as well as the Issaquah Alps and Mailbox Peak trails. Dogs are allowed on the trail but must be leashed at all times, both to ensure the safety of other hikers and protect pets from bears and other wildlife that may be present in the area.

Camping is not permitted in the Mount Si Natural Resources Conservation Area. The main trail starts at the corner of the parking lot farthest from the road, just beyond the picnic area and rustic bathroom facilities. The ascent begins almost immediately, although the elevation gain is relatively gradual for the first mile and a half of the hike.

After a series of switchbacks, hikers enjoy a brief reprieve as the trail flattens out through the aptly-named Snag Flat, where a vast stand of old-growth trees has managed to survive the dual destructive forces of wildfire and the region’s robust logging operations in the 19th and early 20th centuries.

The most demanding inclines of the trail begin just past Snag Flat, with extreme switchbacks winding through groves of younger trees. The tree canopy remains relatively consistent for most of the hike, providing a respite from the relentless sun during warmer months.

Roughly 3.5 miles into the hike, an opening in the trees teases hikers with the spectacular panoramic views that await them at its summit. Within another quarter-mile, the trail’s vertical slope increases dramatically before arriving at a talus slope sandwiched between two halves of the forest.

Look to the southeast for breathtaking views of the Snoqualmie Valley and Mount Rainier in the distance. Most hikers stop here to eat before either heading back down the trail or proceeding onward to the Haystack, the trail’s official summit.

Ambitious hikers who wish to conquer the Haystack can continue up the stone steps in the rock and back into a short stand of trees. The trail opens up again for an even more impressive view of the valley, the City of Seattle and the Olympic range. Reaching the Haystack does require some technical experience, as it takes hikers through a rugged vertical scramble primarily consisting of loose rock and dirt.

Wherever you choose to end your trek, be sure to take the time to soak in the views and the magnitude of your accomplishment before carefully navigating your way back down the trail on what are sure to be tired legs. The following tips can help you prepare to not just survive the hike up Mount Si, but enjoy the experience.